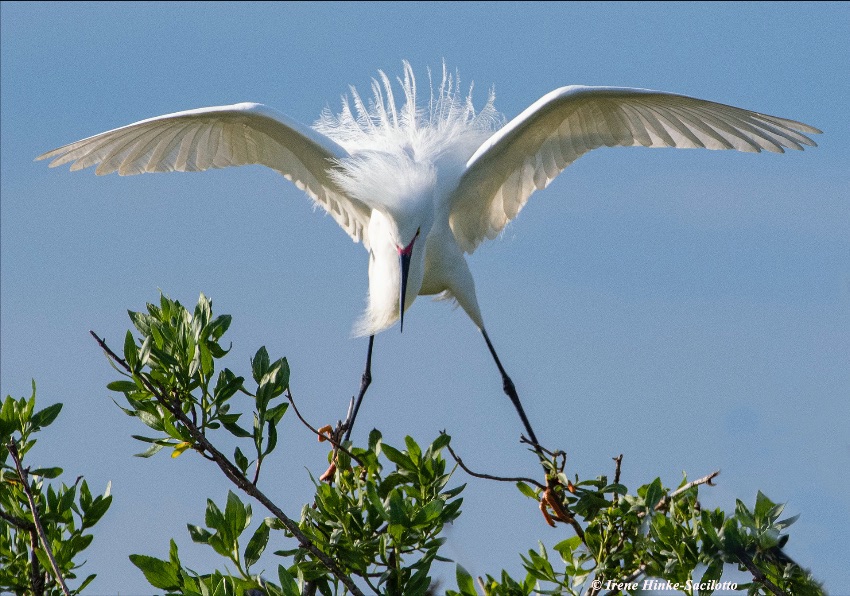 From 24 April until 18 June 2021 I was on the road.  One of my projects involved documenting the activity in a heron colony populated by a variety of wading birds–Great and Snowy Egrets, Black-Crowned Night Herons, Tri-color & Little Blue Herons, and a few Glossy Ibis.  The rookery was in a large marsh on a ridge where low shrubs grow such as Bayberry and Wax Myrtle.  Nests were low and among tangled branches that help protect the nests, eggs, and offspring from predators.  It was a perfect locations with little chance of flooding and rich waters nearby with abundant food to provide for the growing youngsters.

Photographing colonial birds in a rookery setting requires a very careful approach as to not negatively effect breeding success.

Surrounding the heron colony in the tall stands of salt-meadow hay Herring Gulls nested.  They chose a perfect location since they could swoop over the rookery harassing the herons and attempting to grab eggs and hatchlings. On several occasions, I saw a gull dive down and hit exposed heron.  There was evidence that high water flooded the lower part of the marsh and destroyed some of the nests. 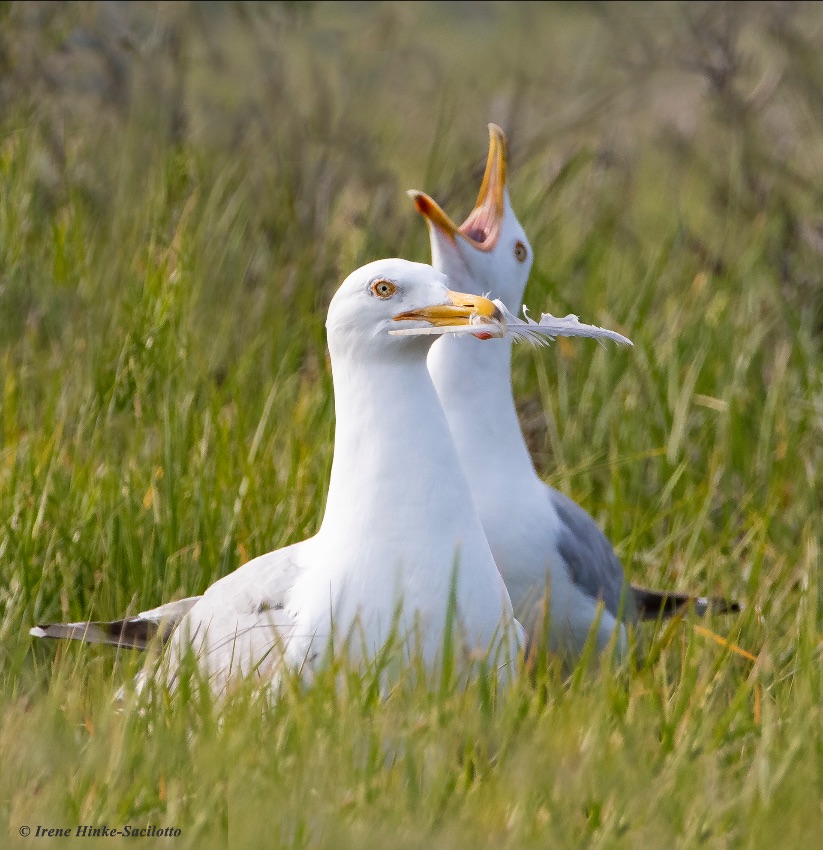 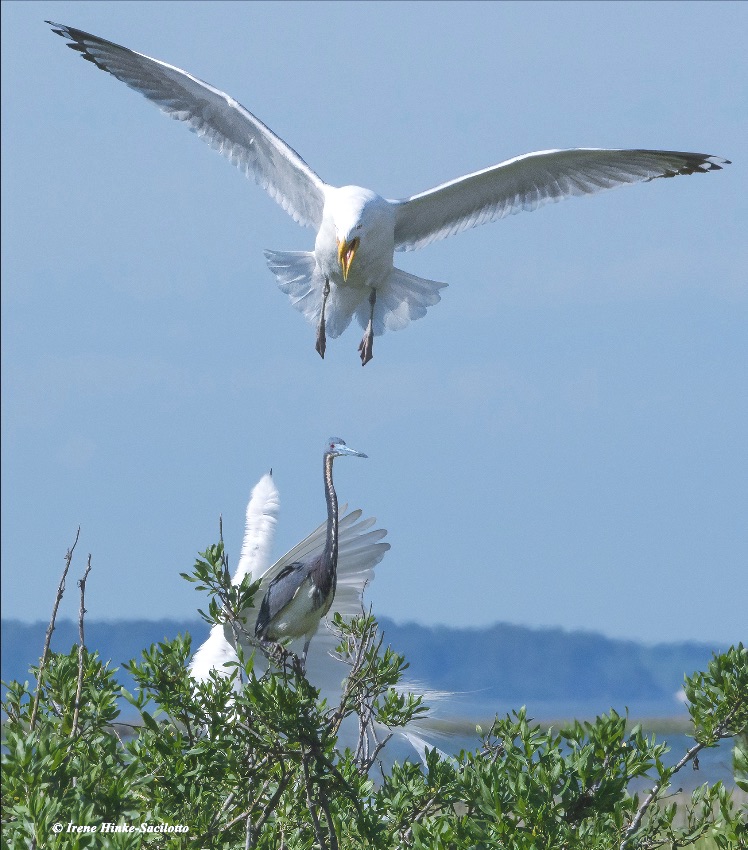 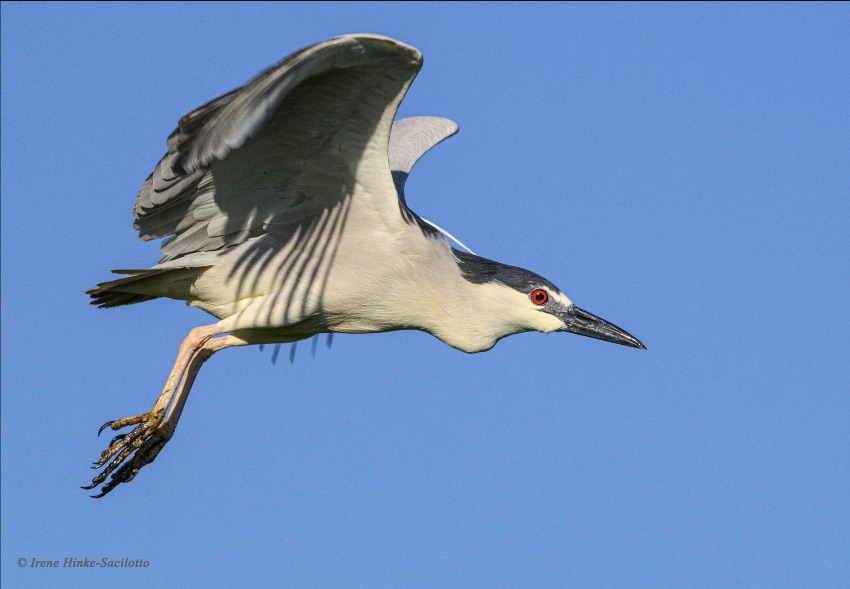 Lenses primarily used included my 200-500 mm and 80-400 mm Nikon lenses.with my D500 and D850 Nikon cameras attached. The telephotos were necessary to keep my distance from my subjects and yet isolate them.  Zoom lenses provided for flexibility.  As the birds moved and interacted, I could adjust my focal length to capture the range of motion.  Most shots were taken using a tripod with a sturdy ball head or gimbal mount.  I used waterproof sleeves over the base of the tripod legs to protect the joints from damaging grit and corrosive brackish water. 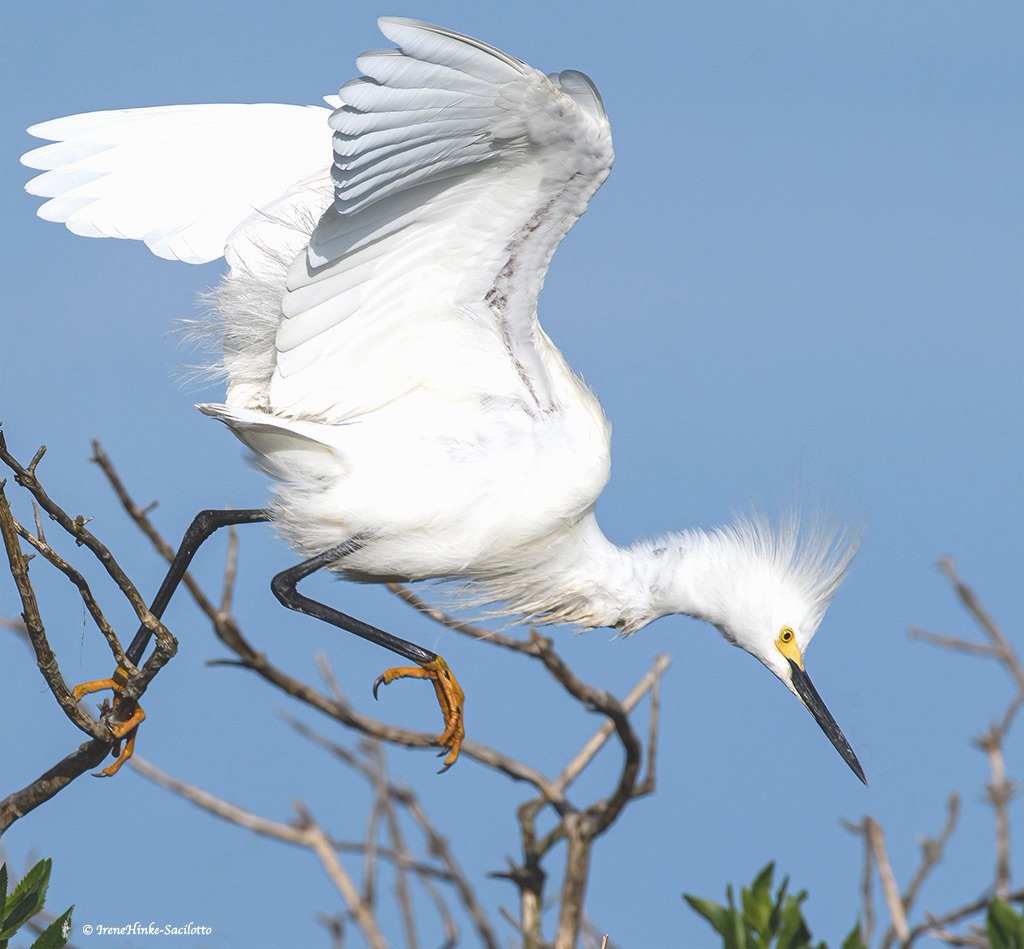 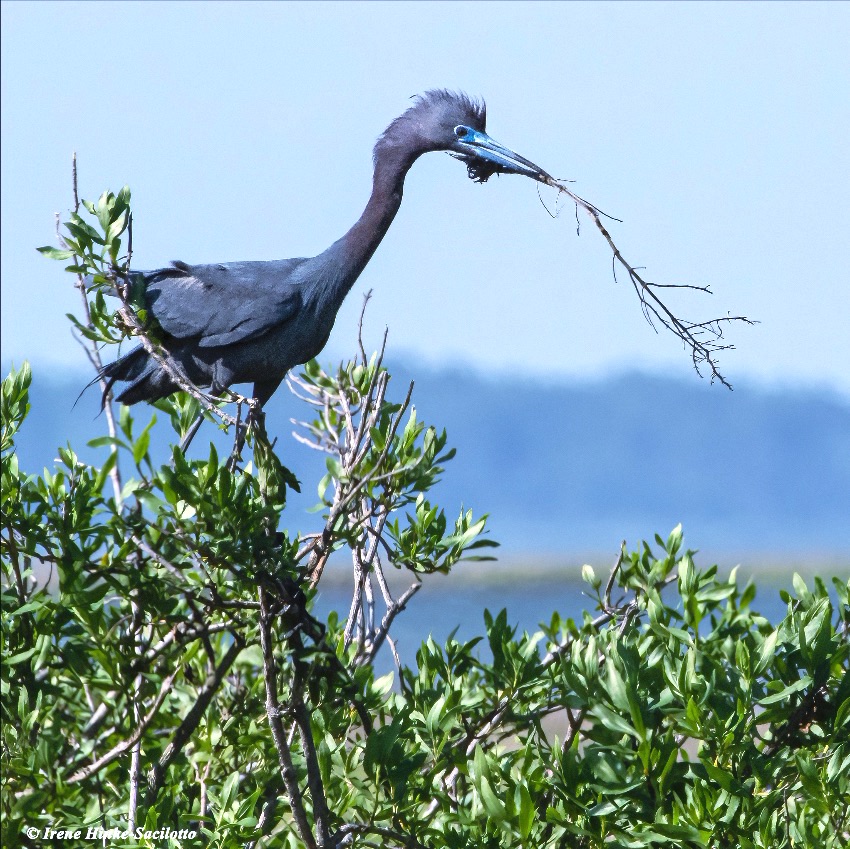 Changes from May into June

During May, many herons displayed breeding plumage and bright colors around the eyes and bill.  A few still were engaged in mating, courting and nest building, with some birds carrying sticks.  In mid-June, courtship feathers were less obvious and the facial colors had faded a bit. There were eggs in some nests and young birds in others. 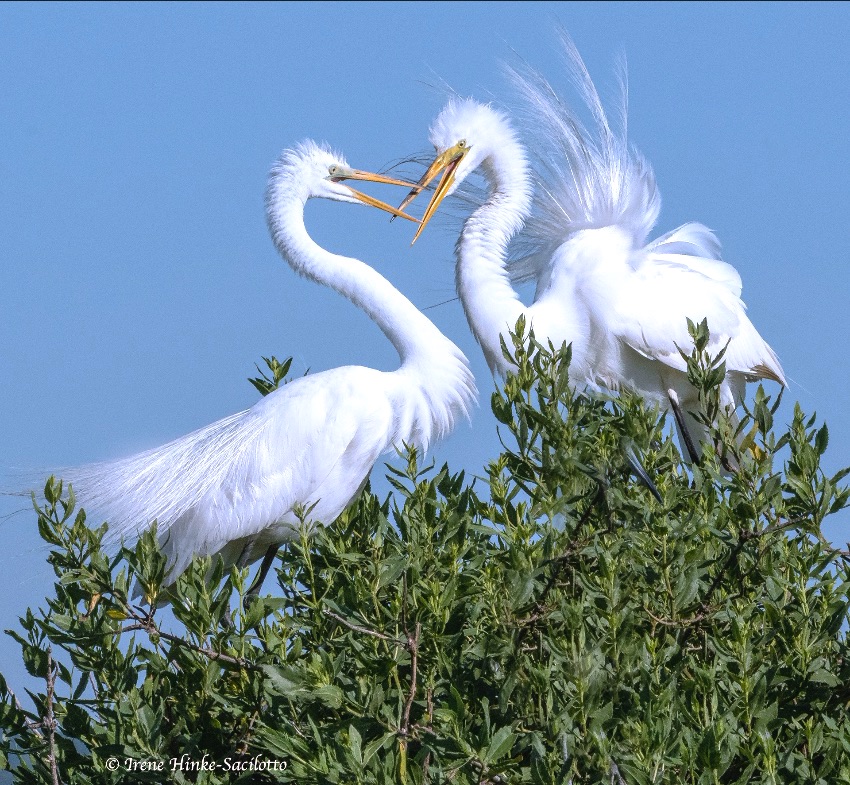 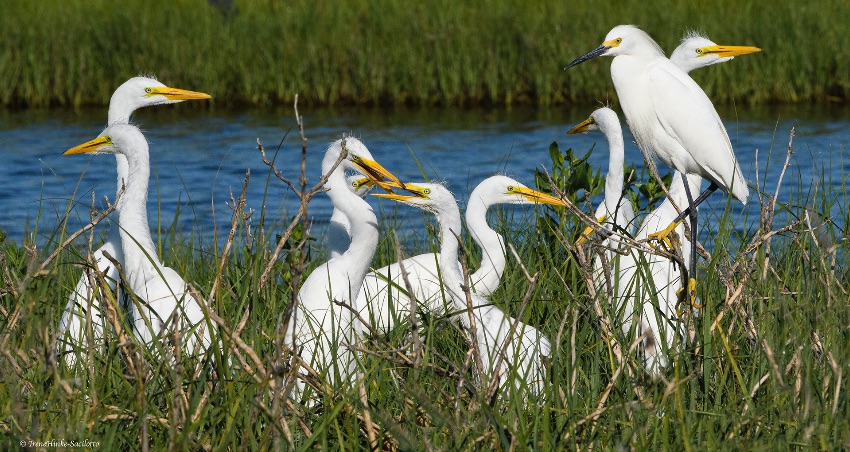 One of my goals was to capture arial fighting and aggressive behavior as birds landed in the bushes and jockeyed for position to access their nests. I carefully observed the colony concentrating on areas where there was more activity and less tolerant birds.  Aggressive actions included nipping, stabbing, feather pulling, hackle raising, or just landing on the back of an opponent.

I had the best luck capturing the arial fights when using my 80 – 400 mm lens and shorter focal lengths since it was nearly impossible to predict exactly where and when the action would occur. 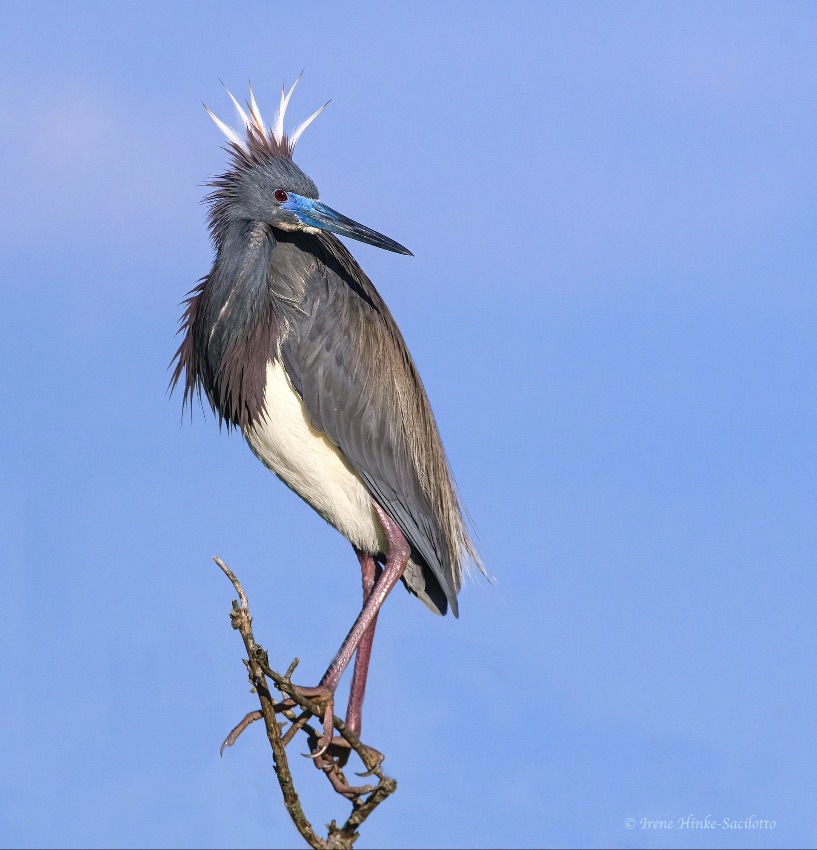 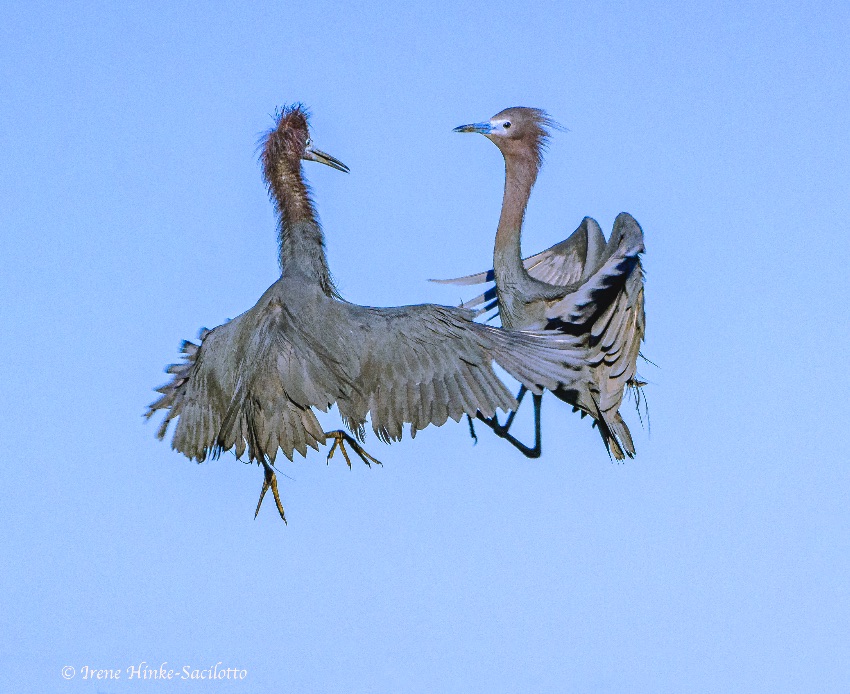 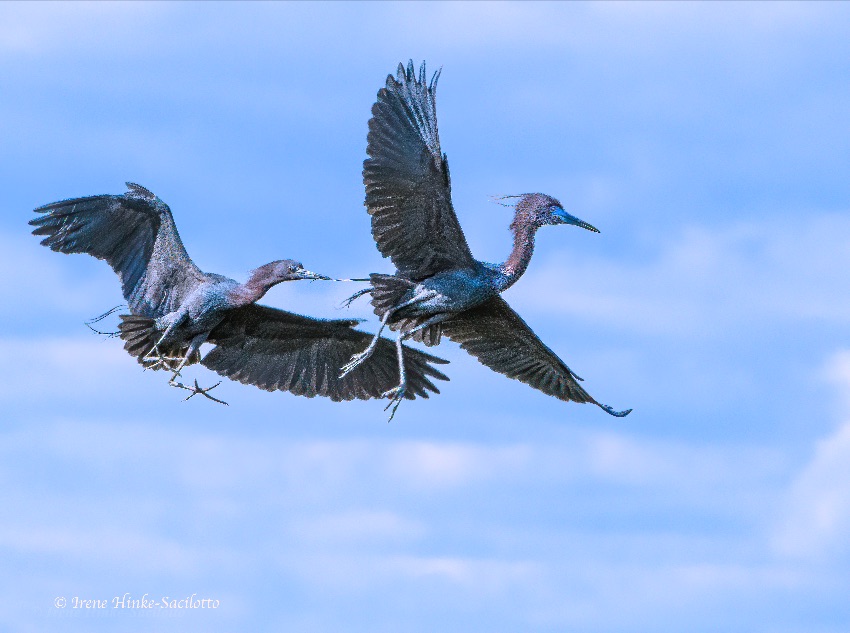 Tis better to travel than to arrive.~StevensonTweet