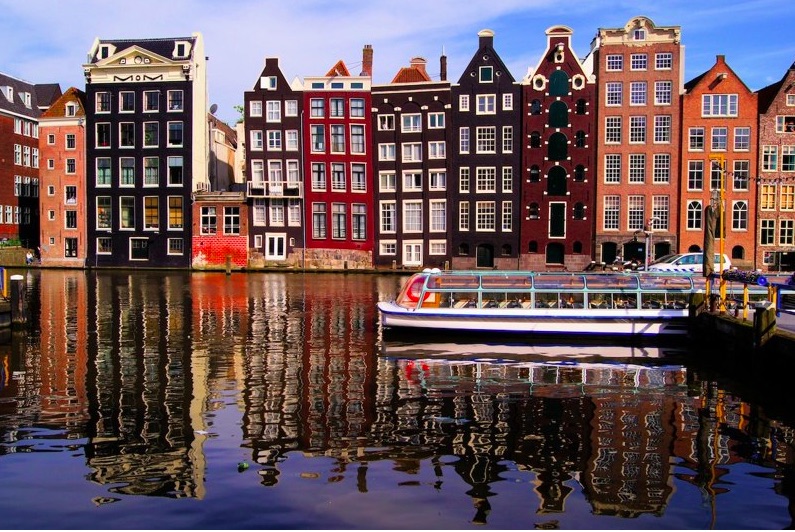 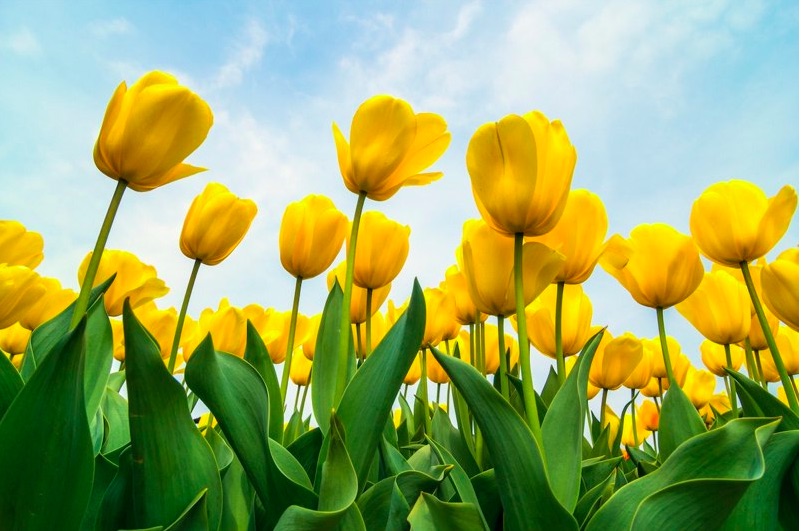 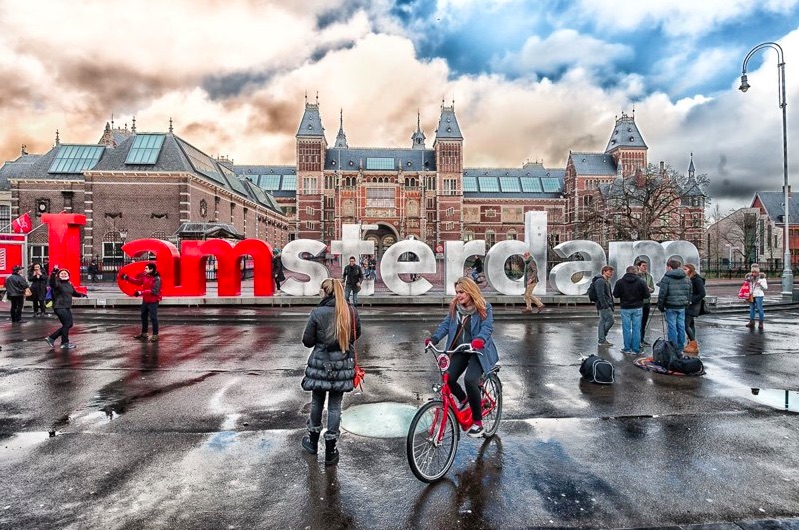 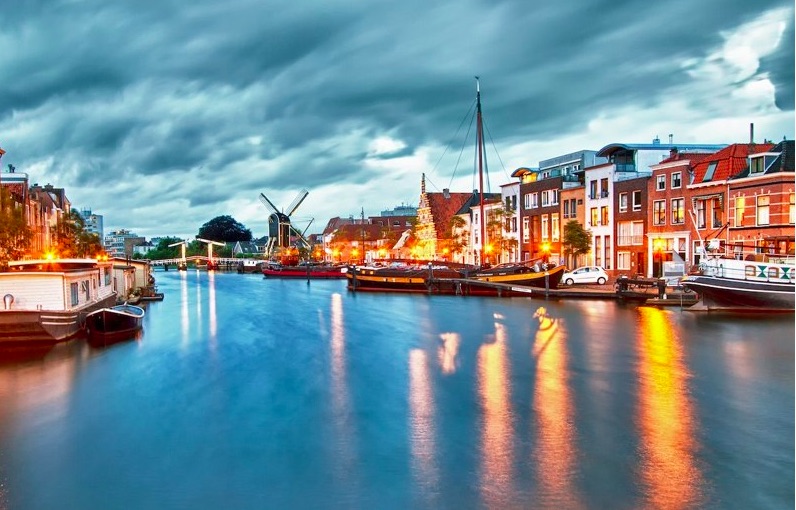 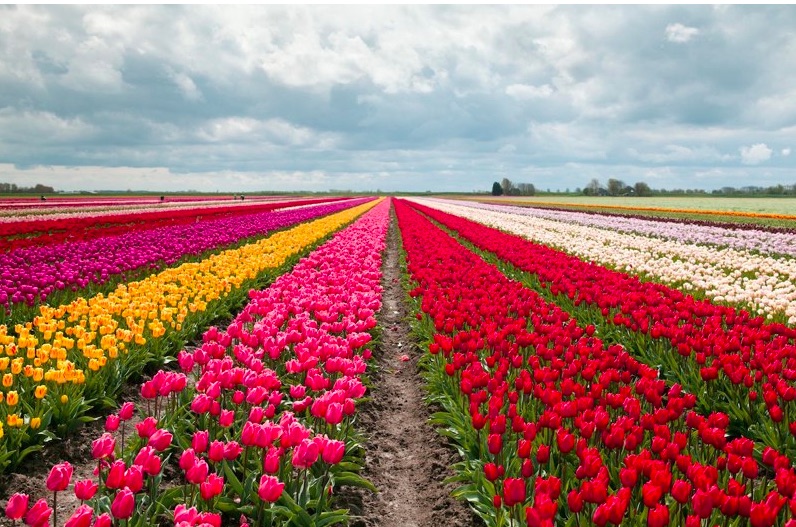 Join us for our Amsterdam Photo Adventure

The Netherlands is the country where light astonishes the visitor. It is no wonder that the Dutch gave human civilization several very important painters. Our adventure takes us to a number of lovely and interesting areas of the Netherlands, including Amsterdam, Rotterdam and Delft. Amsterdam is one of the greatest small cities in the world. From its canals, to world famous museums and historical sights, Amsterdam can be counted as one of the most romantic and beautiful cities in Europe. Amsterdam is also a city of tolerance and diversity. It has all the advantages of a big city-culture, nightlife, international restaurants, good transport-but it is quiet, and thanks to its extensive canals, has little road traffic. What makes Amsterdam so attractive is the 17th century historical atmosphere combined with the mentality of a modern metropolis, creating a friendly and relaxed environment. Rotterdam is a dynamic international city on the waterfront, always offering something to see or do. The city is famous all across the globe as one of the world’s biggest ports. The city center includes with many shops, local businesses, museums and parks. Delft is a city of great character and quaint beauty. It is known for its historic town centre with canals, the painter Vermeer and Delft Blue pottery. No trip to the Netherlands would be complete without a visit to the flower area where photographs of the unforgettable tulip fields are a must!

Dutch Countryside (Extension)
We’ve added an optional 3 day Holland Extension that includes the Dutch countryside, including Kinderdijk and Zaanse Schans. Imagine capturing the sunrise in the “land of windmills”. During the 17th century, more than 600 windmills were constructed in the area around the Zaanse Schans, creating the first industrial zone. We will also photograph from the waterway of de Zaan by boat. We’ll step aboard a koeienboot (cow ship), which, as the name implies, was used to transport cattle across the water in the past. Join us in April and you will enjoy Holland’s world famous tulips in full bloom.

Day 1 | Amsterdam
We begin in the morning at our hotel where we will discuss PWA’s “10 Guiding Principles of Photography” as well as our “THE ART OF SEEING” photographic technique. After lunch we set out for a city walk along the canals, the many historic buildings and photograph some of the atmosphere of this special city. In the evening we have the perfect introduction to Amsterdam, our “Welcome Dinner” on board one of Amsterdam’s famous canal cruises. (D)

Day 2 | Amsterdam – Rijksmuseum – De Pijp – Albert Cuyp
After breakfast we will visit the newly renovated Rijksmuseum. The renovation started in 2004 and the ‘new’ museum opened its doors again in 2012. Although way over the original budget, it has received enthusiastic praise from all over the world. Just the building itself is worth a visit, and its art collection is just as exceptional. Many paintings of the Dutch masters like Rembrandt, Vermeer and van Gogh can be seen. During our visit we will definitely check out their use of light specifically.

After lunch we explore more of Amsterdam, it’s canals and many historic buildings. One of the liveliest areas is “De Pijp”, filled with (ethnic) shops, cafes, restaurants and cozy bars, and close by is the largest and most popular market in the Netherlands. There’s no place like the Albert Cuyp street market to discover Amsterdam’s typical sense of humor and laid back atmosphere.

At the end of the afternoon we will settle down in one of the many bars for a relaxing drink and from there we will find ourselves a place for a wonderful dinner. (B)

Day 3 | Amsterdam – Keukenhof – Tulip Fields – Rossebuurt
In the morning we set out to experience the FloraHolland Aalsmeer Flower Auction, the largest flower auction in the world. Here we’ll witness the hustle and bustle of the auction floor, watch traders bidding against the clock and be amazed at the quantity of beautiful flowers traded daily. Flowers from all over the world (Europe, Ecuador, Colombia, Ethiopia, Kenya, etc.) are traded on a daily basis, around 20 million flowers daily.

Afterward we are free to explore the famous Red Light District. From brothels to sex shops to museums, the Red Light District leaves nothing to the imagination. Cameras are permitted (except never in the direction of the female entertainers! Strictly banned!). This is proof enough that the RLD deserves a visit, if not a look see. The Red Light District simply oozes charm and one cannot help but admire the old buildings that lean at odd angles, and the tree-enshrouded canals. (B)

Day 4 | Rotterdam – Delft
The Netherlands is more than just Amsterdam, so on Wednesday we set out early to explore this small country. Our minibus drives us south to Rotterdam. Rotterdam is a dynamic international city on the waterfront, always offering something to see or do. The city is famous all across the globe as one of the world’s biggest ports. The city center includes with many shops, local businesses, museums and parks. Weena, for example, is a street lined with international businesses and multinationals. Its modern high-rise buildings and striking architecture define the face of the city centre. We will walk through different parts of the city center. Places like Weena, Oude haven, Erasmusbrug, Willemsbrug and Noorder eiland are all just places that celebrates ‘old’ and ‘new’ Rotterdam.

By mid-afternoon we are ready to head over the Delft, just a short distance away. Delft is the City of Delft Blue, the House of Orange and Johannes Vermeer. This charming city received it’s city franchise in 1246. The city has a really nice and welcoming atmosphere and the center is small enough to visit all the places on foot. We will visit the house of Vermeer and see, explained in nice displays, how ‘the master of light’ created his paintings (e.g. the Girl With the Pearl Earring). We go into some of the royal sites like the Nieuwe Kerk, all members of the royal family are buried here, and the Prinsenhof, the place where Willem of Orange was shot to his death. After a blue-hour shoot of the main square we head back to Amsterdam. (B)

Day 5 | Haarlem – Amsterdam – Noord
After breakfast we’ll depart Amsterdam for Haarlem, a city just west of Amsterdam. Once a major North Sea trading port surrounded by a defensive wall, it retains its medieval character of cobblestone streets and gabled houses. It’s the center of a major flower-bulb-growing district, and famous for its outlying tulip fields, art museums and hofjes (almshouses built around leafy courtyards). For New Yorkers, bustling Haarlem gave America’s Harlem its name back when New York was “New Amsterdam,” a Dutch colony. We’ll enjoy wandering around Grote Markt (Market Square), where 10 streets converge. This is the town’s delightful centerpiece and has been for 700 years.

After lunch we’ll return back to Amsterdam and explore more of the canals, take a little rest before taking a ferry across to the new trendy neighborhood called Noord. Noord is an industrial area consisting on converted factories that once built ships, made ships’ engines, tooling and more. The area has been converted into a colorful and cool playground for young Amsterdammers. For our 6-day guests, we’ll enjoy our “Farewell Dinner” as the sun sets over Amsterdam. (B) (D)

Day 6 | Amsterdam
At breakfast we have our final discussion, review our best photos from the week, trade contact information, and bid you farewell. Guest who are continuing on to our Dutch Countryside extension, we will depart for Kinderdijk after checkout. (B)

We suggest you to extend your adventure with us to explore and photograph the Dutch countryside on our Holland Extension.

Day 1 | Kinderdijk – Zaanse Schans
Our extension begins with a visit to a different but very characteristic Dutch landscape, namely “Polders”. Kinderdijk is a village about 15 km east of Rotterdam, situated in a polder in the Alblasserwaard at the confluence of the Lek and Noord rivers. To drain the polder, a system of 19 windmills was built around 1740. This group of mills is the largest concentration of old windmills in the Netherlands. The windmills of Kinderdijk are one of the best-known Dutch tourist sites. We will have ample time to walk around and shoot before lunch. From here we will drive to Zaanse Schans, where we will base ourselves for the next two nights. During the 17th century, more than 600 windmills were constructed in the area around the Zaanse Schans, creating the first industrial zone. The windmills were used, among others, to grind spices, produce paint, saw wood, and make oil. A number of these windmills still exist and can still be visited today. You will see how these wind-powered machines work, inside and out. (B)

Day 2 | Zaanse Schans – Coastal Areas – Countryside
We are up early to capture the sunrise in the land of windmills. After breakfast we off to photograph from the waterway of de Zaan by boat. We’ll step aboard a koeienboot (cow ship), which, as the name implied, was used to transport cattle across the water in the past. Our guide will tell us wonderful stories along the way, about life in the Zaanstreek in the past. We’ll have wonderful photographic opportunities from this vantage point. In the afternoon Zaanse Schans we will see authentic houses, windmills, a tinware factory, a cheese and dairy factory and other crafts. Both inside and out, the old Zaan style is visible. Afterwards we have our second “Farewell Dinner” of the week. (B) (D)

Day 3 | Zaanse Schans – Amsterdam
At breakfast we have our final discussion, review our best photos from the week, trade contact information, and bid you farewell. We urge you to extend your stay in Amsterdam or elsewhere in Europe and make good use of all the wonderful photographic techniques you will have learned on our amazing photo adventure. (B)

There can be no progress if people have no faith in tomorrow.~John K. KennedyTweet