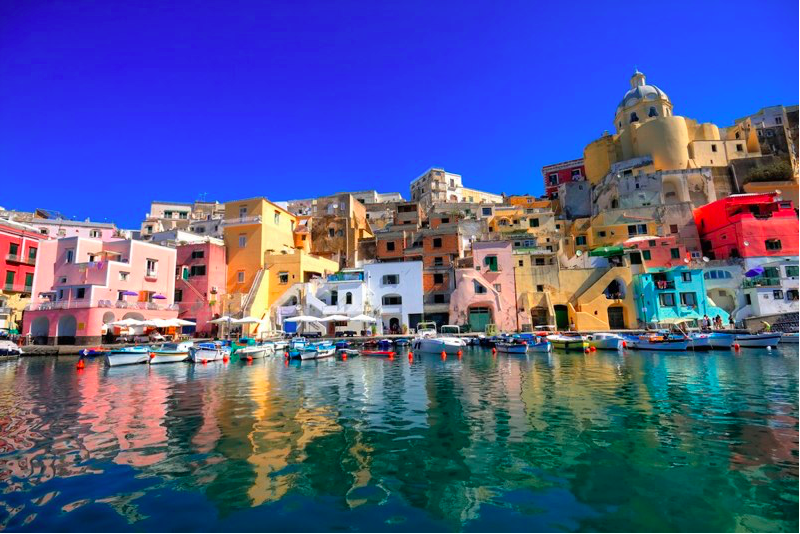 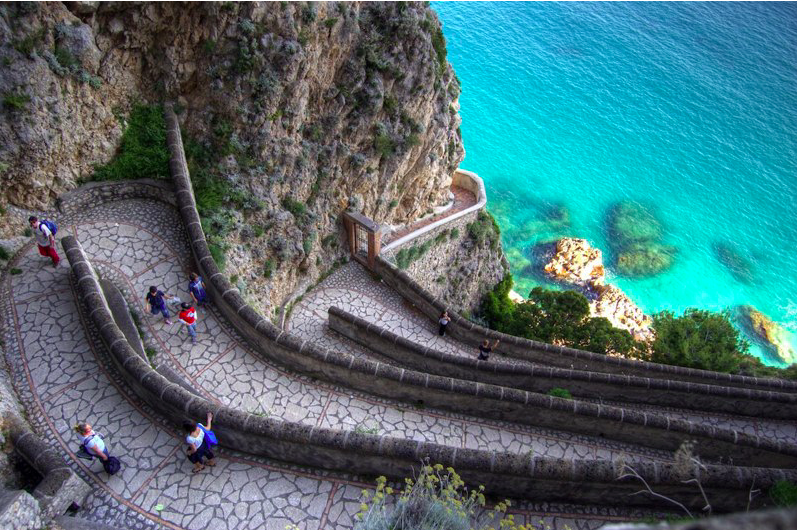 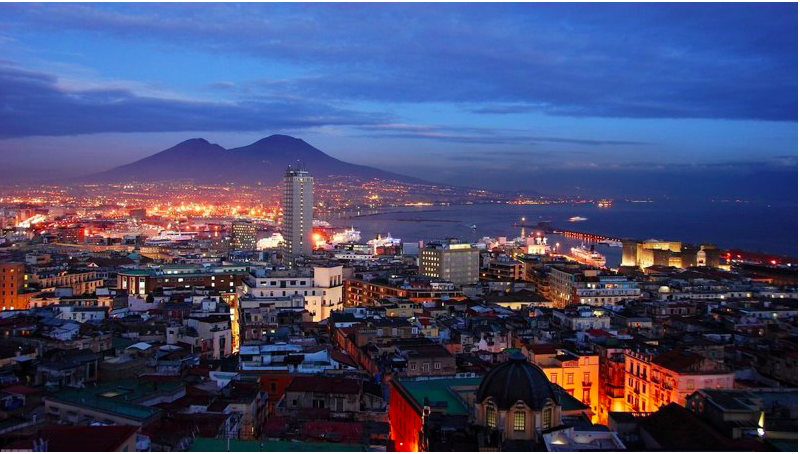 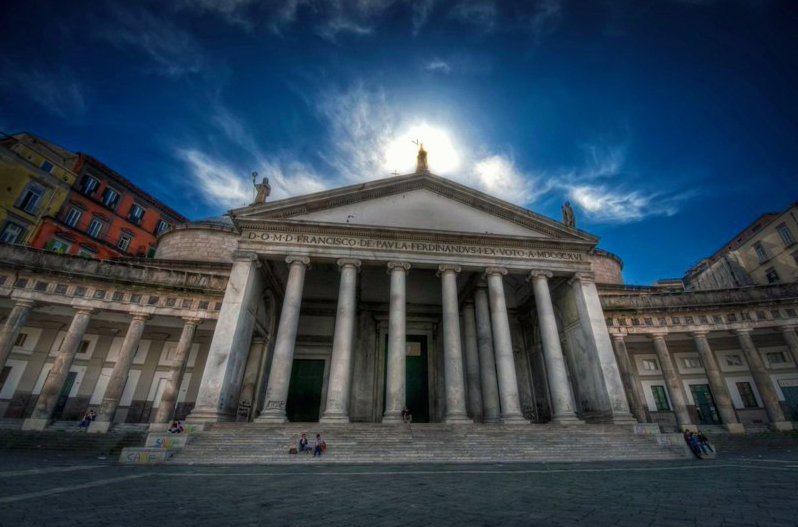 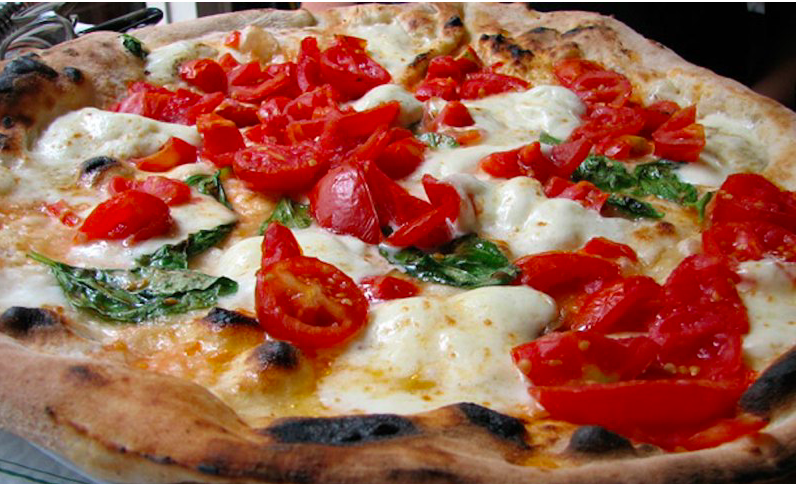 Join us for our  Naples & Amalfi Coast Photo Adventure

If you view Naples as an unruly port city to famous destinations like Capri, Sorrento and the Amalfi Coast, you are missing out. Naples is Italy’s third largest city and one of its oldest, most artistic and most delicious. Its historic center is a UNESCO World Heritage Site, its museums boast some of Europe’s finest archaeology and art, and its collection of royal palaces and castles make Rome look positively provincial. Naples is also one of Italy’s culinary heavyweights, serving up the country’s best pizza, pasta and coffee, and many of its most-delicious seafood dishes, street snacks, and sweet treats.

Certainly, Naples can feel anarchic, tattered and unloved. But look beyond the grime and graffiti, take out your camera, and you’ll discover a city filled with interesting neighborhoods, breathtaking frescoes, sculptures and panoramas of bewitching street life, of spontaneous conversations and profound humanity. Welcome to Italy’s most unlikely masterpiece.

In the distance stands Mount Vesuvius, guarding the Bay of Naples, Pompeii and the wonderful city that bears its name. Off in the distance are the breathtaking Isles of Ischia, Procida, and Capri, which guard her entrance in spectacular fashion.

The Amalfi Coast, with its villages perched high on the cliffs overlooking the Bay of Salerno, have been a paradise for poets, photographers, and travelers, each seduced by her beauty. The Sorrento Coast and the Isle of Capri are no exceptions. In 1953, John Steinbeck wrote that Positano “Bites deep. It is a dream place that isn’t quite real when you are there and becomes beckoningly real after you have gone”. Join us as we explore Positano, the Isle of Capri and the Amalfi Coast “by sea”, and Ravello, Sorento, and Positano “by land”. Naples and the Amalfi Coast combined is a unique and spectacular experience.

We meet in Naples at our beautiful hotel centrally located near the port in historic Naples. Naples was founded between the 7th and 6th centuries B.C. by the Greeks, the port was named Neapolis, which means “New City”. The historic center of Naples is declared a UNESCO World Heritage site. It has one of the biggest historical city centers in the world and prides itself on the 448 historical and monumental churches, the highest number in the world for a single city.

We begin by discussing PWA’s “10 Guiding Principles to Great Photography” as well as our “THE ART OF SEEING” photographic technique. During a group lunch, we will have informal discussions on what the guests are trying to achieve with their photography, subject matters, styles, and techniques. From here we will set out for an amazing day of photography throughout Naples historic district. In the evening we celebrate our “Welcome Dinner” at one of our favorite Neapolitan restaurants. WARNING: Be prepared to gain 5-10 lbs on this trip. (D)

Day 2 | Spanish Quarter – Castel dell’Ovo – Piazza del Plebiscito
On day two we carefully explore Naples historic Spanish Quarter as well as some of the other neighborhoods of Naples. This will give us the opportunity to photograph the grit of Naples and its colorful street people and shop owners. In the afternoon we will visit the Castel dell’Ovo (Egg Castle), dating back to 117 BC. Considered the oldest of Naples Castles, Castel dell’Ovo juts out into the bay on the tiny isle of Megaride. The same island where Siren Partenope washed ashore after plunging herself into the sea because she failed to lure Ulysses. The same siren that gave Naples its first name, Partenope.

Legend has it that a Roman poet named Virgil placed an egg into a glass jar, the jar into a metal cage and hid it beneath the castle. As long as the egg remained safe and intact, the city would too. The only flaw with this myth, of course, is that Virgil lived long before Castel dell’Ovo was actually a castle. In the evening we will set out to photograph the late setting sun in the Piazza del Plebiscito with the Basilica Reale San Francesco di Paola in the background. This always makes for stunning photos and a great long exposure opportunity. (B)

Day 3 | Procida – Naples
Today we depart Naples harbor by hydroplane ferry for the volcanic isle of Procida in the Tyrrhenian Sea. It lies at the northern end of the Gulf of Naples, about 25 km from the city of Naples. We spend the day applying our skills to the many photographic opportunities on this dramatic island including its wonderfully colorful and iconic harbor. In the late afternoon, we return to Naples where we’ll rest up. In the evening we will further explore Naples at night and enjoy Naples world famous pizza and gelato. (B)

Day 4 | Pompeii – Herculaneum – Castel Sant’Elmo
After an early morning breakfast, we depart Naples to photograph the incredibly well-preserved and haunting ancient ruins of Pompeii and Herculaneum. Pompeii was partially destroyed and buried under 13-20 feet of ash and pumice in the eruption of Mount Vesuvius in AD 79. It was lost for nearly 1700 years before its accidental rediscovery in 1749. Upstaged by its larger rival, Pompeii, Herculaneum harbors a wealth of archaeological finds, from ancient advertisements and stylish mosaics to carbonized furniture and terror-struck skeletons. Indeed, this superbly conserved Roman fishing town of 4000 inhabitants is easier to navigate than Pompeii, and is not to be missed. In the afternoon we will take the funicular up to Castel Sant’Elmo for a sunset view overlooking Naples. (B)

Day 5 | Naples – Ravello – Amalfi
Today we bid Naples farewell and set out for the breathtaking Amalfi Coast. En route, we will stop for lunch in Ravello, a stunning resort town set 1200 feet (365 meters) above the Tyrrhenian Sea on the Amalfi Coast. Ravello is best known for its iconic cliffside gardens and breathtaking views. We’ll visit the 13th-century, Moorish-style Villa Rufolo which offers far-reaching views from its terraced gardens, and hosts indoor and outdoor concerts during the popular summertime Ravello Festival. Villa Cimbrone, a medieval-style estate perched on a steep outcrop, is surrounded by another celebrated garden. The amazing nerve-tingling 4.4 miles (7 km) drive down the Valle del Dragone toward Amalfi is well worth the excitement, as well as for the views and photographs. By the afternoon we arrive in Amalfi to check into our hotel. In the evening we explore the harbor and city and enjoy dinner. (B)

Day 6 | Coastal Cruise – Isle of Capri – Faraglioni
On day six we depart Amalfi by private boat for the Isle of Capri. The cruise along the coast is an epic photographic opportunity, capturing nearby islands, small coastal villages and views of Positano from the sea. Next up, the famous Isle of Capri. Capri is an enchanting and picturesque island made of limestone rock. A favorite with Roman emperors, the rich and famous, artists, and writers, it’s still one of the Mediterranean’s must-see places. Weather permitting, we will take our boat along the east coast of the island where we will explore and photograph the beautiful coastline including the Faraglioni.

Capri is perhaps most famous for its Blue Grotto, but honestly, Capri has such a breathtaking coastline, that it’s hard to really decide which side of the island is your favorite. Once ashore we will lunch in Capri Piazzetta, high above Marina Grande. If time permits we will explore the other side of the island including the Bay of Marina Piccola and Via Krupp. After an amazing day on the Isle of Capri, we return to Amalfi by boat for dinner and a well-deserved rest. (B)

Day 7 | Sorrento – Positano
On our last full day, we travel to the coastal village of Sorrento, wonderfully located over white steep cliffs and offering a fantastic view of the Bay of Naples. Sorrento lies on a Tufa terrace and is enclosed by impressive rocks on limestone mountains. Here we will enjoy a morning of photography and a hearty lunch. After, we make the return drive along the stunning Amalfi coast to the famous seaside village of Positano where we will spend the afternoon and evening. In 1953, John Steinbeck wrote that Positano “Bites deep. It is a dream place that isn’t quite real when you are there and becomes beckoningly real after you have gone”. Here we will enjoy our “Farewell Dinner”. After we return to Amalfi for a well-deserved rest. (B) (D)

Day 8 | Amalfi – Naples
On our final day, we are up early for some morning photography (optional because you may be tired). After we return to the hotel for breakfast, our final group discussion, review our photos, trade contact information and depart for Naples where we will bid you farewell. We urge you to extend your stay on the Amalfi Coast or elsewhere in Italy and make good use of all the wonderful photographic techniques you will learn on our amazing photo adventure. (B)

The world begins to exist when the individual discovers it.~Author UnknownTweet