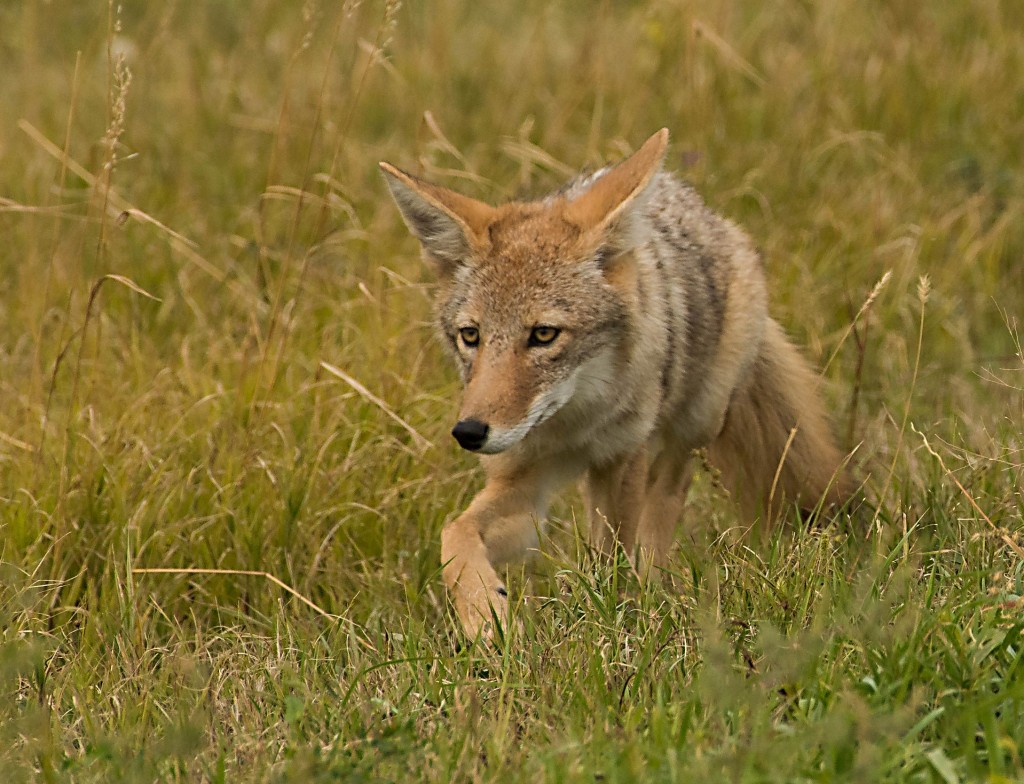 While scouting locations with Sandy Zelasko and preparing for our spring workshop, we visited both the Badlands in North Dakota (Theodore Roosevelt NP) and the Badlands and Black Hills in South Dakota.

The Badlands of THEODORE ROOSEVELT National Park (NP) in North Dakota were impressive but not as colorful as those in South Dakota. However some eroded formations were unique including spheres and other oddly shaped rocks balanced on top of ridges or embedded in canyon walls. My favorite subjects were the wild horses, which we encountered in several locations. In North Dakota, the wildlife was not as visible or easy to photograph as in South Dakota Badlands where we found bighorn sheep, pronghorn antelope, mule deer, prairie dogs, buffalo, turkey, grouse, and in the past, badger. From our modest but comfortable motel (Cowboy Inn) in the town of Belfield, ND, we were approximately a 20-minute drive from the southern entrance to the park and an hour from the northern segment.  Both areas are worth visiting. However after comparing our experiences in both North Dakota and South Dakota, we decided that the best photo opportunities with a mix of wildlife and landscape photography was in the South Dakota Badlands where we will offer our next photo workshop in early June 2017.

A paved road loops through the 24,000 acre Badlands NP in South Dakota with scenic overlooks and traveling between the sharply eroded buttes, pinnacles, pedestals, and spires and undisturbed mixed grass prairie that characterizes the park. The badlands were formed from alternating layers of hard and soft rocks and soil. Easily eroded materials such as clay or mud-stone is topped by more resistant materials, such as sandstone, with the harder horizontal layer protecting the soft deposits. There are a number of hiking trails to provide a closer look at the unique geology of the region. North, Door and Window trails near the North East entrance to the park meander amongst the formations, for an up-close and personal look at the rocks layers.

It s hard to pick a favorite location for photography within the park since there were so many sites to choose from. I loved the sulfur mounds and eroded formations near Dillon Pass and Conata Basin but was equally fascinated by the alternating tan and rusty bands of color from oxidized iron near Saddle Pass Trail. Southern views from Sage Creek Rim Road also offered great opportunities for landscape photography with deep ravines and colorful mounds eroded by wind and rain. Along the
gravel road is a good place to spot wildlife in and about Roberts Prairie Dog town. Buffalo, pronghorn, and bighorn sheep graze on the grasses while coyotes stalk unsuspecting prey. It was here I photographed a badger at close range during my last visit. Actually the best place this year for prairie dog shots was along a less traveled dirt side road running north as you head east past Contata Road and Dillon Pass. With little disturbance from traffic, the prairie dogs were more cooperative and allowed us to shoot belly down on the ground. More remarkable, along the same road, a coyote slowly walked towards our car and crossed the road in front us into the grassland paying little attention to the sound of our cameras firing off a burst of shots.

Sheep Mountain Table in the Southern Stronghold area of the park is worth a visit if you have a car with high clearance able to climb the steep dirt road that leads to the top of the mesa. It’s a peaceful place with few visitors where you can enjoy views in all directions from the high vantage point. On the Western edge of the Badlands on the way to the mesa from Sage Creek Rim Road, Scenic is a nearly abandoned town off the main highway that offers you a glimpse in the past with unique photo opportunities. Here you can photograph your friends behind bars in a historic jail or in front of the once lively Longhorn Saloon where steer skulls line the roof of the building. If you look hard at the sign on the face of the building, you will notice a somewhat disturbing message indicating who was welcome. If you look hard, the first word “NO” is painted over.

GIGANTIC FIELDS OF SUNFLOWERS. On the first leg of the trip, Sandy and I explored the back roads from Rapid City to Belfield, ND, where we stayed while exploring the area. From there headed south to Wall and the Badlands of South Dakota. Along route 73 south of Lemmon and elsewhere, we discovered huge fields of sunflowers, much larger than any I have seen in Maryland. Although some flowers were past their prime, we stopped to take photos of several fields in prime condition with macro, telephoto, and wide-angle lenses. Surprised at the number and size of the fields, I checked the Internet to find that this area is one of the highest producers of sunflowers in the U.S. The seeds are used in the production of sunflower oil as well as for consumption by humans and birds.

It was 13 September, not a holiday weekend, when we entered the southern gate of CUSTER STATE PARK and encountered bumper-to-bumper traffic on the loop road.  There were several tour vehicles with park visitors and accompanied by guitar-playing singers.  Needless to say, this was not the environment I had remembered from past visits.  Instead of the “wild” burrows grazing on the hillsides and dusting in areas devoid of grass, they gathered on the road, sticking their heads into car windows and begging for food. Also there were more fences than I remember from a previous trip limiting photography in certain areas, but we were told the fences were there to protect sensitive habitat from overgrazing.  As we moved further along the loop road the situation improved.  We did encounter a large herd of buffalo, lots of bluebirds, a few mule deer, bighorn sheep, and pronghorn.  Our favorite areas were along the gravel roads that branched off the main route.  Here there was little traffic and the rolling hills were beautiful particularly on the route that led into the backcountry of Wind Cave NP.  We encountered buffalo, herds of pronghorn, and the possibility of seeing elk.  We found photographing in Wind Cave National Park was more productive with pronghorn on hillsides, energetic red squirrels retrieving and storing pinecones for the winter, wild turkey, and mule deer adjacent to the road. 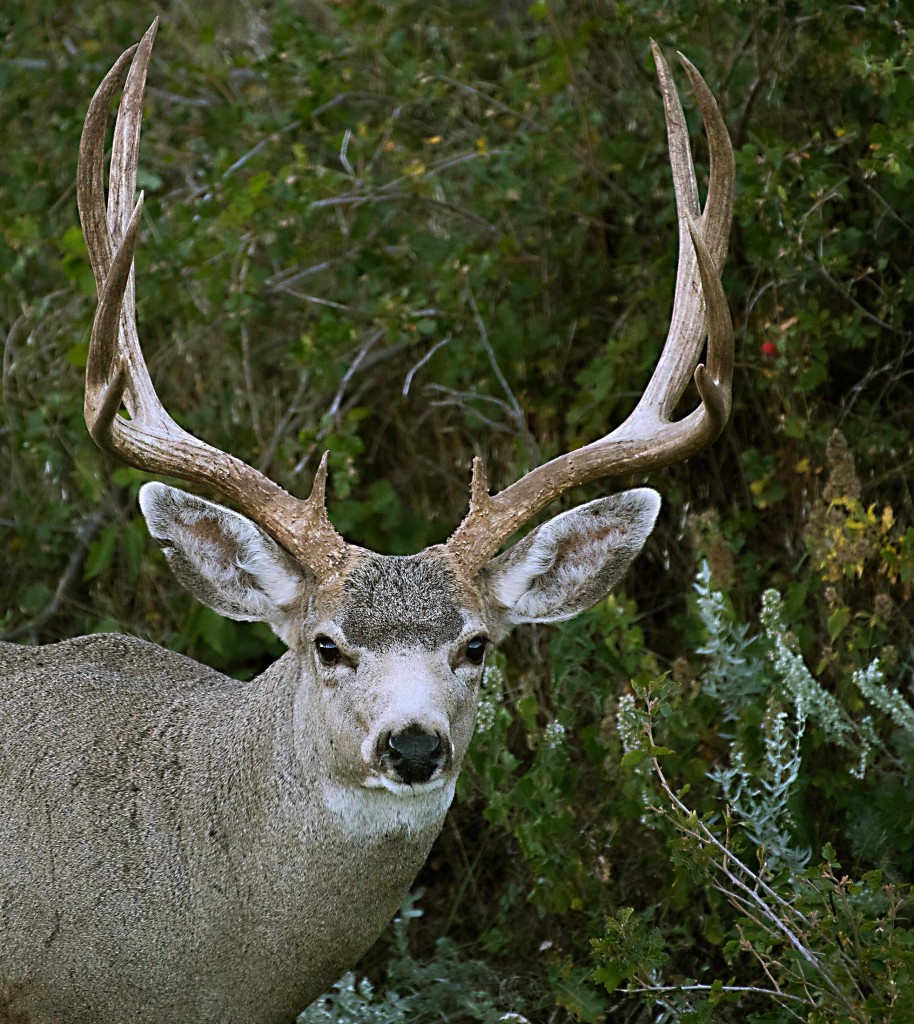 Needles Highway in the Black Hills not far from the town of Custer includes 14 miles of sharp turns, low tunnels and impressive granite spires. It is a good spot to look for mountain goats, which are known to frequent the high country near Cathedral Spires and Needles Eye Tunnel. They have even been photographed inside the tunnel licking minerals from the rock walls. With little time remaining on our scouting trip, we drove the highway one morning in search of goats but when a heavy fog engulfed the Needles, we could hardly see the car in front of us let alone spot their white coats. The highlight of the drive was witnessing a full sized tour bus carefully position itself and pass unscathed through Needles Eye Tunnel while the extended side mirror of a pick-up truck that entered before the bus scrapped the inside of the wall.

We made a short side trip to Spearfish Canyon on 16 September. We were a bit early for fall color in the canyon, which I had enjoyed on a previous trip. The waterfalls were impressive particularly Roughlock Falls. Bridal Veil falls had little flow and would have been more impressive if it was surrounded by fall color or snow covered trees. Spearfish Falls is near the Southern entrance to the canyon and is photographed best in soft light in the early morning.

NOTE: You are likely to encounter the best leaf color in the South Dakota Badlands and Black Hills the last two weeks of September.

The world is all before me.~BYRONTweet